Be the One out of Ten 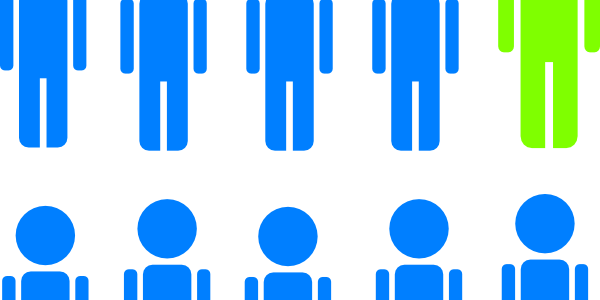 Recently I found myself thinking of the story of the Ten Lepers – let me share some thoughts that I think will bless and encourage you! Here’s the story from the Gospel of Luke in chapter 17, verses 11 through 19:

On the way to Jerusalem He was passing along between Samaria and Galilee. And as He entered a village, He was met by ten lepers, who stood at a distance and lifted up their voices, saying, “Jesus, Master, have mercy on us.” When He saw them, He said to them, “Go and show yourselves to the priests.” And as they went, they were cleansed.

Then one of them, when he saw that he was healed, turned back, praising God with a loud voice; and he fell on his face at Jesus’ feet, giving him thanks. Now he was a Samaritan. Then Jesus answered, “Were not ten cleansed? Where are the nine? Was no one found to return to give praise to God except this foreigner?” And He said to him, “Rise and go your way; your faith has made you well.”

It is interesting that it says the ten lepers stood at a distance and lifted their voices, but when Jesus responded he didn’t have to yell or lift His voice. We may never have suffered from leprosy, but we all have needed help of some kind. Ten lepers standing at a distance and yelling for help; for Jesus to have mercy on them. Probably too often we neglect our relationship with the Lord – our Bibles on a shelf, our prayer closest empty – and then something happens in life and once again we begin to pray – but we pray like we’re at a distance worrying that God won’t hear our prayers. We think maybe we’ve gotten too far for Him to hear or He’s not listening. The ten lepers stood at a distance. A physical distance, but it was also relational. As lepers they were used to keeping a distance from others, and in this case, even keeping a distance from Jesus. So, they lifted their voices; yelling so He would hear. For them the distance was real. They felt it.

But God lives outside time and space, and it’s impossible for God to be far from us, because He’s always near! In the story Jesus only had to speak (not yell his response), because even though the lepers sensed a distance he heard and responded as One near. I used to have sticker on the dash of my first pick-up truck that read: “God is as close as a whispered prayer.”

It’s encouraging to see all ten lepers were healed of their leprosy. When you’re in a critical situation it is absolutely critical you turn to someone who can really help and turning to Jesus in all our situations is always the best decision!

But only one returned to give thanks. We may be able to pray from a distance, but we need to get close to say thank you. This one healed person (no longer a leper – no longer an outcast), came and drew near to Jesus and gave thanks. When Jesus responded and said, “your faith has made you well,” something even greater than his physical healing occurred – something the other nine did not receive. In the original Greek, the word translated “cleansed,” relates to physical healing. The phrase “made well,” refers to total wholeness in the sense of restored identity, healed emotions, peace, and total well-being. The foreigner was brought into the family. In that one day he went from feeling so far away to probably experiencing an overwhelming closeness.

Be the one out of ten that takes the time to draw near to the Lord to spend time saying thank you. Thank Him for all the things you can think of – as you do, God will draw near to you!